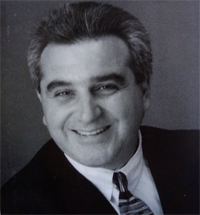 Dr. Daniel Abeckjerr has been a practicing chiropractor for over 35 years.

During that time he has performed over half a million chiropractic adjustments.

Active in his profession

When you come into Cloverleaf Chiropractic, you'll be greeted by our friendly office staff.

They are bilingual and will help you with questions you have about insurance, payment plans, or your program of chiropractic care.